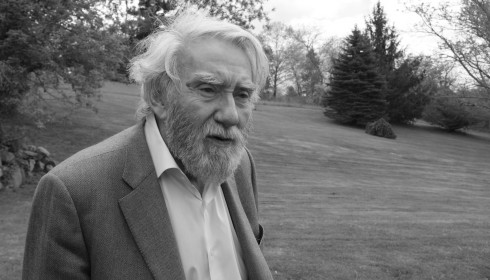 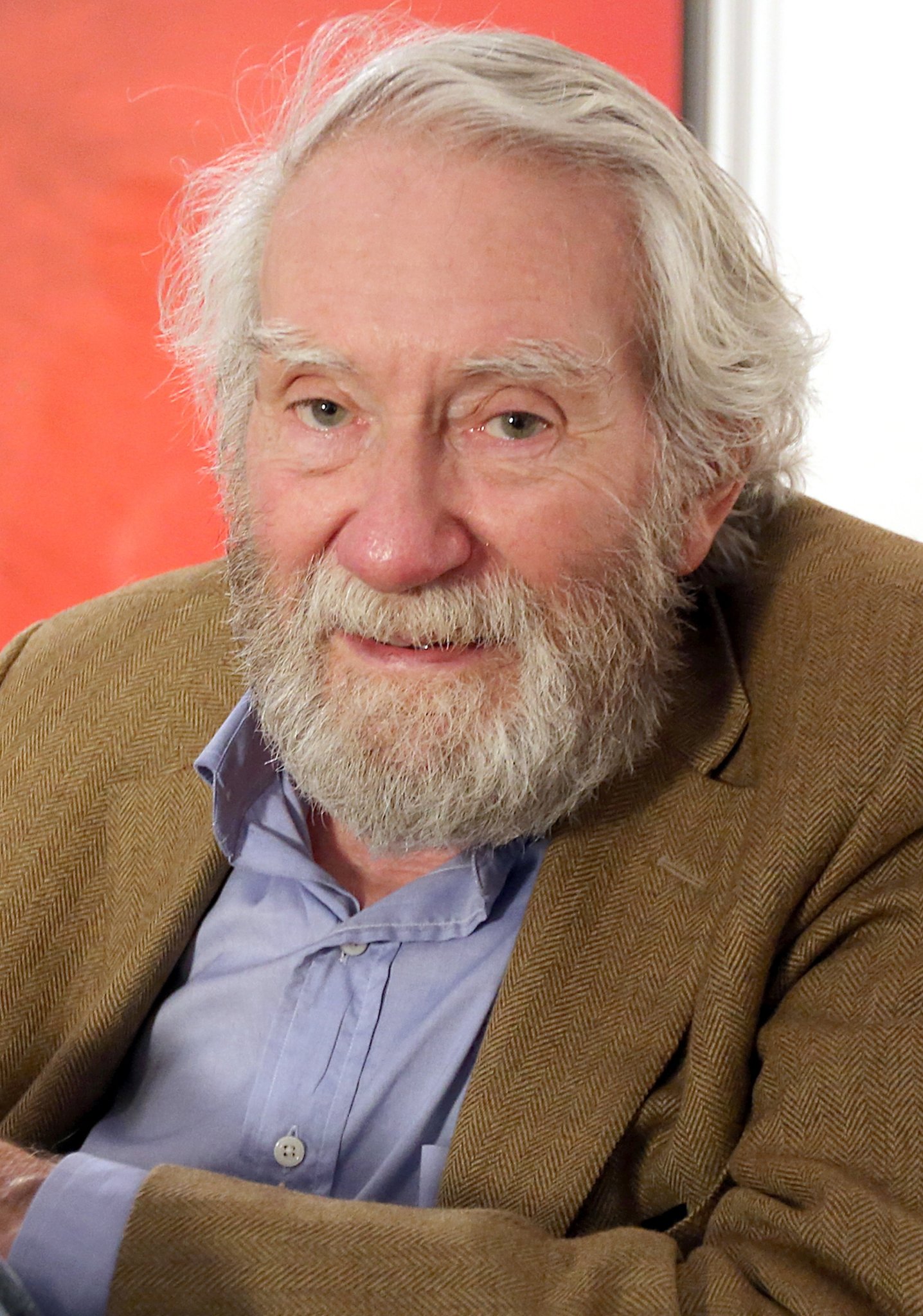 Otto Piene, a German painter and sculptor known for his experiments in kinetic art and for working at the junction of art, nature and technology, died on Thursday in Berlin, where he was attending the opening of a retrospective of his work. He was 86 and had homes in Düsseldorf and Groton, Mass.

His death was confirmed by Joachim Jäger, head of the Neue Nationalgalerie in Berlin. The retrospective, “Otto Piene, More Sky,” opened there and at Deutsche Bank KunstHalle on Wednesday as a joint project devoted to honoring Mr. Piene’s influential role in postwar German art.

In 1957, along with Heinz Mack, Mr. Piene (pronounced PEEN-uh) founded the Zero Group, a collection of artists dedicated to redefining art in the aftermath of World War II. Through the mid-1960s the group attracted adherents from Japan and the Americas as well as Europe. Their work — to be celebrated in an exhibition at the Guggenheim Museum in New York this fall — anticipated developments in land art, Minimalism, Conceptual art and performance art.

Among other things, the Zero artists explored new modes of painting, including monochromes and unusual materials: Mr. Piene himself experimented with smoke, soot and burned paint. They employed light, open space and movement as rudiments of artworks and used technology to create artistic effects.

Mr. Piene’s work included mechanized light sculptures. In one work, “Light Ballet,” exhibited at a New York gallery in 1965, a roomful of aluminum spheres, bulb-studded globes and brass columns, illuminated in sequence, glowed and dimmed in an endless program, enveloping viewers in a pattern of oscilloscopic blips and racing shadows.

In an interview at the time, Mr. Piene said he had been fascinated with light from boyhood, when he began contemplating how far a candle could throw its light and cast its shadow. During World War II, he recalled, he found the tracers and searchlights that striped and dotted Germany’s night skies “hectically beautiful.” 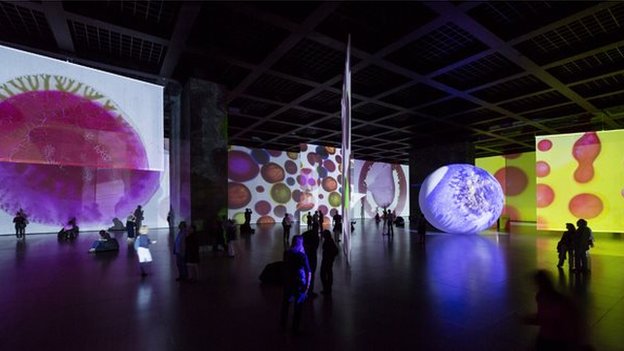 “Light is my medium,” Mr. Piene said. “I hate objects that just stand there demanding interpretation. Previously, paintings and sculptures seemed to glow. Today they do glow; they are active. They don’t merely express something; they are something.”

In the late 1960s, Mr. Piene began creating projects in the air over public spaces, events he called sky art. These were collaborations with scientists, engineers and often large groups of volunteers in which he created inflatable tubes or other balloonlike shapes made of polythene or other plastic substances, filled them with helium and allowed them to float above buildings or landscapes, which became backdrops for artistic events unfolding in the sky.Perhaps Mr. Piene’s best-known sky art was “Olympic Rainbow,” consisting of five different-colored polythene tubes, each more than 1,500 feet long, which were inflated and released to close the 1972 Summer Olympics in Munich.

Mr. Pience was born in April 1928 in Bad Laasphe, east of Cologne and Düsseldorf in west central Germany. He studied painting and art education at the Academy of Art in Munich and the Kunstakademie Düsseldorf and philosophy at the University of Cologne.He went to the United States in 1964 and taught at the University of Pennsylvania before becoming a fellow at the Center of Advanced Visual Studies, a provocative academic venture at the Massachusetts Institute of Technology that encouraged collaborations between artists and scientists. Mr. Piene became director of the center in 1974 and led it for nearly two decades, expanding its commitment to producing art for civic consumption. (The center has since merged with M.I.T.’s visual arts program.)

Under his leadership, the center created “Centerbeam,” a massive multimedia construction. Commissioned in 1977 by the Documenta 6 exhibition in Kassel, Germany, and later mounted on the National Mall in Washington, it involved 22 artists and a phalanx of scientists and engineers and featured laser-projected images on moving steam screens, solar-tracked holograms, a 144-foot water prism and helium-lifted sky sculptures.

In 1996, Mr. Piene received one of the four annual prizes for artists awarded by the American Academy of Arts and Letters. His works are in numerous museum collections around the world, among them the Museum of Modern Art in New York, áthe Walker Art Center in Minneapolis, the National Museum of Modern Art in Tokyo, the Stedelijk Museum in Amsterdam and the Centre Georges Pompidou in Paris.

“He was a developer and a discoverer,” Mr. Jäger said. “So many of his ideas are relevant today, from project-oriented work, to discussion-led thinking, to the ephemeral; all of that is now commonplace. That is a central contribution of his work.”

Mr. Piene’s survivors include his wife, the former Elizabeth Goldring, a poet and artist who also worked on “Centerbeam,” as well as four children, a stepdaughter and four grandchildren.

After his death, Mr. Piene was praised by Germany’s minister of culture, Monika Gruetters.“Many of his highly aesthetic works in public space were also a signal against the inhospitality of our cities,” Ms. Gruetters said in a statement. “By making light and movement a topic of many of his objects and installations, he pointed out new ways for the fine arts.”

Melissa Eddy contributed reporting from Berlin.A version of this article appears in print on July 19, 2014, on page B8 of the New York edition with the headline: Otto Piene, German Artist of New Modes, Dies at 85. Order Reprints|Today’s Paper|Subscribe 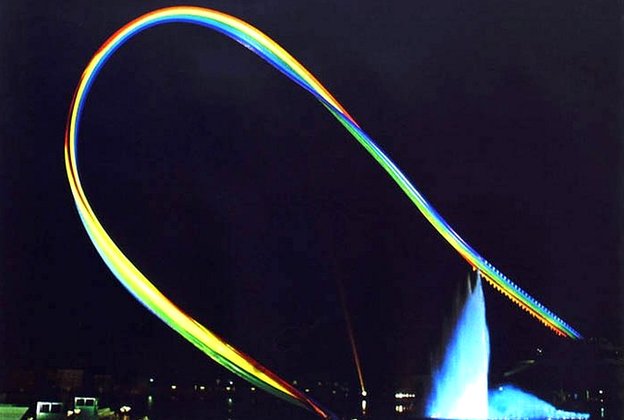 A leading figure in technology-based art, his most famous work was the 1,600ft Rainbow that lit up the Munich sky at the end of the 1972 Olympics.

Piene died on Thursday, shortly after the opening of an exhibition of his work at Berlin’s Neue Nationalgalerie.

He had been “full of happiness” at the opening on Wednesday, said Germany’s Der Taggespiel newspaper.

According to the Berliner Morgenpost, Piene died while in a taxi on his way to continue preparations for a “Sky Art Event” at the Neue Nationalgalerie on Saturday.

The gallery has not confirmed whether the event will go ahead in tribute to the artist.

Piene was born in Bad Laasphe, Germany, in 1928 and studied art in Munich and Dusseldorf, as well as taking a degree in philosophy at Cologne University.

He founded the influential European post-war movement Group Zero with Heinz Mack in 1957, as part of an effort to transform and redefine art in the aftermath of the Second World War.

The name referred to the countdown for a rocket launch and, according to the group, was meant to evoke “a zone of silence [out of which develops] a new beginning”.

“Artists after the war turned against technology, because war is technology,” Piene explained to Art in America magazine in 2010. “Zero was about the pure possibilities for a new beginning.”

The experimental movement was the precursor of minimalism and conceptual art, and they challenged people’s perceptions of art, space and materials.

Piene developed the Grid Picture, a type of stencilled painting made from half-tone screens, which led to his Light Ballet series, in which light from moving torches was projected through grids, altering the viewer’s perception of space.

He was also known for Rauchbilder (smoke pictures), in which the artist applied solvent to pigmented paper and set it on fire, before creating images from the soot. 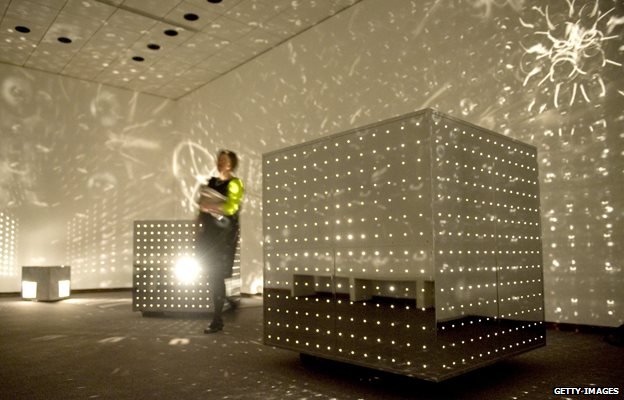 But his biggest projects were his “Sky Art” – including the Olympic Rainbow, which consisted of five multi-coloured helium-filled polythene tubes, which illuminated the sky over Munich’s Olympic Park.

Speaking in 2006, the artist said it had been “a moving and important experience,” after the Palestinian terrorist attack which left 11 Israeli athletes and one German policeman dead.

The decision to go ahead with the closing ceremony, and to float the rainbow above it, gave the nation an “incredible release”, Piene said.

“People really got the feeling that there was a reason to hope, that not everything from now on would be disaster, death and destruction.”

In 1974, Piene was appointed director of the Massachusetts Institute of Technology’s Center for Advanced Visual Studies. He retired in 1993.

At recent public appearances, he used a walking stick or wheelchair to get around.

His death was confirmed on Friday by Markus Farr, a spokesman for the Friends of the Neue Nationalgalerie, which organised his most recent exhibit.